On a recent trip to Finland, I couldn’t resist buying a book called Helsinki: People Make the City (I can rarely resist buying anything even remotely resembling a book). So inspirational. So full of insightful personal stories and accounts of businesses (many of them creative ones or those in the hospitality industry) sustainable in the long run. And then I wished for a similar publication for my own home town. Actually, I wished for more people who would be part of such a book.

I am frustrated by the state of affairs in Dubrovnik – too much of everything in the summer, too little of everything in the winter, and all of this with a grab-the-money-and-run attitude (there are exceptions, don’t get me wrong). So I had an idea – why not look for people who would make a great fit in an imaginary book with the  working title Dubrovnik: People Make the City and make a series of blog posts? If you live in Dubrovnik and know someone who would be a good fit for the series, do let me know. If not, it is my pleasure to introduce you to Dubrovnik as I wish it were.

And I do wish it were as simple, straightforward, open, warm and welcoming as Morana Depoli, a young artist who does her Peruna magic in a garage-turned-studio in Lapad, very close to our restaurant.

-Don’t be surprised, it’s a very calm creature, she tells me, pointing at her black cat which was lying just underneath a shelf full of hand-made objects waiting for the next step in the making process.

She then shows me around her studio and carefully and patiently explains what it is that makes Peruna so special. And an hour, maybe even more, goes by so quickly that I lose all track of time until my phone rings and my husband asks for feeding instructions for our toddler. #oops

One of the first things I was curious about was the name Peruna itself – I’d never heard of it before. Morana explained that the name was a play on words, a combination between her own name and that of the highest god of the Slavic pantheon and the god of thunder and lightning – Perun. She wanted something with Slavic origins, but feminine at the same time and that’s how the name came about.

At the beginning, she started off with a logo which was different than the one she has today and over time, as her business evolved, so did its brand identity. She now has such a clever one – a visual that combines many elements, yet remains elegant. The wavy line represents fluidity of movement, but also fingers/hands which form the clay. On the other hand, the typography is very clear and has a technical feel to it, and this has been done on purpose – to do pottery, you also need a wheel, i.e. a machine to help you do the job.

The logo can be found on all the pieces she makes as well as on the packaging in which her products come. Attention to detail, that’s what I like.

Morana has been doing pottery for three years now. Before that she was into sewing, but over time she realized that her true love lay in a ball of clay. While talking to her, I couldn’t help but notice how much emphasis she puts on the making process itself.

-For me it is very important that each piece I create is unique in a certain way. Perhaps it won’t be perfect, but at least it will be clear that a human hand made it. My hands will have left a trace in it.

Perfect shapes and mass production are not her thing. As soon as she sits at the wheel, she lets her intuition and her hands take over. And it is a joy to watch her transform a ball of clay into an object which will later be used by someone, perhaps in a kitchen, or as a functional decoration in a living room. I am in awe. 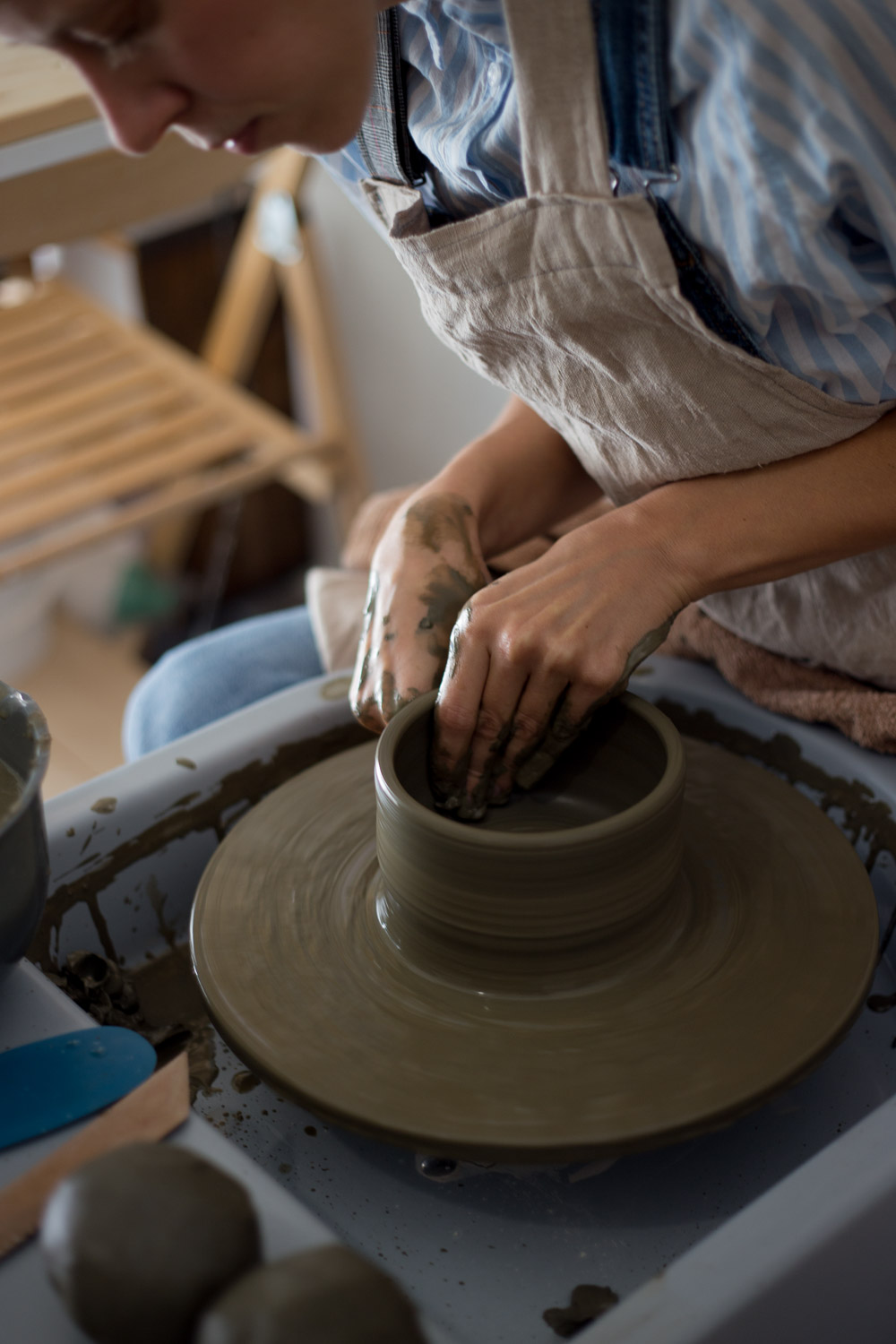 -I bet it is for you, but wait until I try – what a mess that will be!

Morana gives one-to-one pottery classes and I’m starting in January. Stay tuned for what I believe will be hilarious #aspiringceramicist updates.

In the meantime, if in Dubrovnik, you can buy some of her hand-made pottery in Kawa Shop and in Terra Croatica or in the very studio where we spent such a lovely early afternoon together. It’s Christmas shopping season, why not treat your loved ones to something hand-made and unique (I just picked up a couple of things for my fmaily this morning, yay! 🙂 ) –  something as unique as those people are for you? If you’re not around, stay tuned for Morana’s upcoming website by following Peruna on Facebook and Instagram.

Welcome to the revamped blog

Make your home smell of the Mediterranean

Thank you so much for the lovely suggestions – we’re obviously on the same track as some of the people mentioned are already on my “To contact” list 🙂 Glad to have you here! 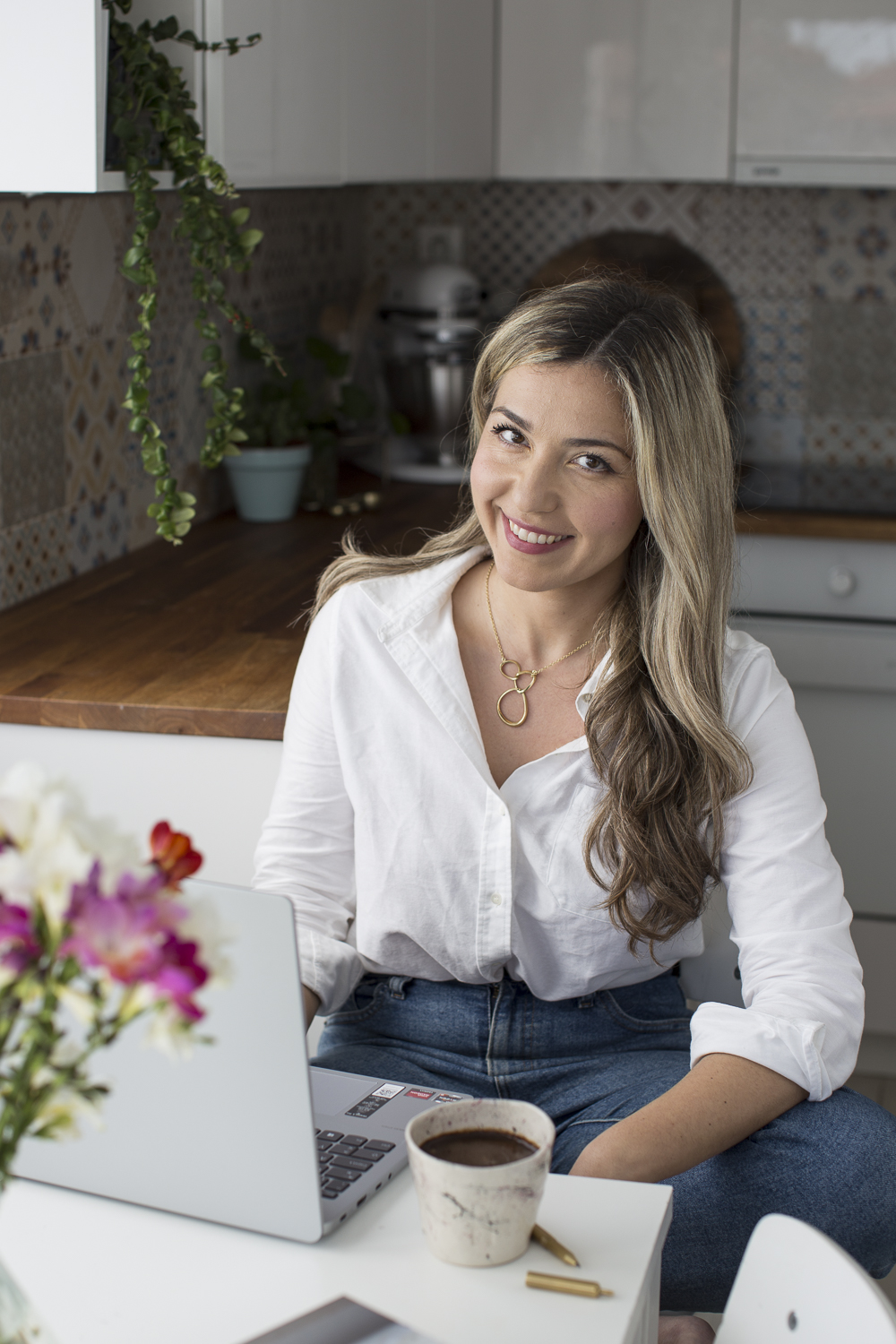 Welcome
_______
If you’re looking for something…
… that you tasted during your Croatian holiday
… that your Croatian grandmother used to make
… quick, for a weeknight meal
… delicious, for a gathering with friends
… something with a pinch of style